Suicidal Tendenices (not the band)

This is the story I told last night.


Suicide is no laughing matter. Unless you’re a buffoon like me, and you can’t seem to get it right. Then it’s a joke.

I was a toddling two-year old the first time I showed an inclination to harm myself. Jealous of my new baby sister who spent most days cuddled in my mother’s arms, hogging all the attention, I decided to hold my breath to scare my mother into loving me again. Determined to make a point, I held my breath until my chubby cheeks darkened to a shade of purple. That’s when my mom called the doctor. He told her not to worry - eventually I’d take a breath. He was a brilliant man, that 90-year old, Parliament-smoking Dr. Connely.

I didn’t come with the proper problem-solving genes, or the ability to “discuss things, like a rational person”, instead I just smashed hair brushes against mirrors when I couldn’t tame my fuzzy hair, or screamed out, “Fuck you and fuck everything” if something wasn’t going my way. My destructive behaviors reached a boiling point when I threatened to burn down the house with me and my younger sister and brother in it because my parent’s had admonished me to a month-long restriction, meaning I’d miss the freshman homecoming dance. I didn’t burn down the house. I did, however, get another few weeks of restriction. Why my parents didn’t use the word “grounded” like normal parents made any length of imprisonment suck worse.

My next flirtation with suicidal tendencies (not the band) occurred before my sixteenth birthday when my asshole parents forbid me to date Robert because he was older, from a sketchy neighborhood and not white. They didn’t say the not white part, but I’m pretty sure that was a factor. My father dreamed of me marrying a nice Italian boy like the hot-headed Sonny Corleone from The Godfather…

Instead of having a rational conversation with my parents, my solution to was to run away. I grabbed my younger sister and we packed two suitcases and ran to our best friend’s house a few blocks down the street. My parents loved telling their friends the contents of our suitcases: pajamas, Vogue magazines, my sister’s giant roll brush and hairdryer so she could keep her bangs plastered straight. When our plan failed and our parents drove us back home, I locked myself in my bedroom and plotted an elaborate plan to kill myself.

A few days later I invited my girlfriends over for a final goodbye, offering to buy them dinner at a fancy restaurant downtown with my babysitting money. The plan: death by suffocation with my feather pillow. The plastic bag I had tried out was too tight and left me gasping for air… On the way to the restaurant I pondered the thought of spending my entire savings and suggested we go to McDonald’s instead. While standing in line at the fast food joint, I had a change of heart.

“Hey, um, guys, I decided not to kill myself. So you all can pay for your own Chicken McNuggets and fries. Okay?”

They busted out laughing, having known I’d never go through with my theatrical plan to off myself. I was not only a melodramatic sap, but above all a cheap bastard.

Nobody took my suicide threats seriously. Can you blame them? My plots were half-baked at best. People chalked up my mood swings to being half-Italian and hormonal. Meanwhile the voices in my head continued to repeat on a loop, “you should just kill yourself... you should just kill yourself". I used a bevy of cheap beer and pot to blur the voices, but when the guy I was forbidden to date introduced me to a wonderful substance called Love Boat I found the perfect medicine. In most circles “Love Boat” is known as a cheesy TV show that aired before Fantasy Island on Friday nights, but in other circles it’s also known as PCP.

From the first hit, my negative thinking subsided, in fact ALL thinking ceased. Gazing into space with drool streaming from my mouth, I had found my utopia. The problem with Love Boat (besides it being marijuana dipped in formaldehyde) is its addictive qualities. But for a short while it worked.

In college, I stepped off the Love Boat and rejoined the booze cruise. I drank like there was no bottom. Literally. I’d fall on my ass every time I drank. One evening driving home from a party, I passed out at the wheel and smashed my car into a tree. I spent the night in the hospital wailing about how sorry I was to the emergency room doctor while he stitched me up. My mother made me leave the busted up car parked in front of the house for a week to show the other kids in the neighborhood what happens when you’re an idiot.

I became the family member everyone whispers about and smiles at with caution - eyebrows raised, head cocked to one side. One year, I flew to Seattle to spend Thanksgiving with my brother and sister, and while all twenty guests were eating apple pie in the living room, I locked myself in the bathroom, threatening to swallow a Costco-sized bottle of Advil. I sobbed in front of the mirror, releasing the most rancid farts known to human. The stench was so lethal, my sister banged on the door, screaming, “Is that toxic gas, or are you giving yourself a perm?!”. At a loss, my sister and brother's very confused girlfriend flipped through the Yellow Pages for the number to the suicide hotline.

After the theatrics I pulled in Seattle, I decided to visit my gynecologist for some assistance. She had a degree in vaginas and since those are far more complicated than brains, I trusted her when she prescribed Zoloft. I popped those happy pills, hoping for the best and ignoring the warning label that read in all caps: DO NOT DRINK ALCOHOL WHILE TAKING THIS MEDICATION.

Needless to say, Southern Comfort and Zoloft don’t mix. “It’s the damn pills, they don’t work,” I proclaimed, kicking back a shot of Jagermeister. Then I reached a point when no substance, legal or illegal, could calm the spinning tornado in my head. My husband left me four months after our wedding, saying he couldn’t take anymore of my verbal abuse. Luckily his girlfriend offered her house as shelter from my storm.

My last suicide attempt was no joke. Curled up on the bathroom floor with a bottle of red wine and a razor blade, I writhed in pain. I didn’t want to die; I just wanted to kill the inexplicable despair. I held the rusty razor blade against my pale wrist, imploring God for the courage to cut myself. That night God must have been busy, dealing with other things - like which nominee would win the Oscar for best picture. I finally crawled out of the bathroom and called the suicide hotline, “for a friend”. For the record, Crash beat out the even more depressing Broke Back Mountain, that year.

I got help and life got better. Turns out there are legal substances that work when you know what’s wrong. I’m far from normal, but the good news is most of the time I feel like what I think most normal people must feel like. Getting out of bed is easier, and so is showing up for life. Something I won’t attempt to take from myself, unless I go off my meds or my parents forbid me to date someone...

So, the moral of the story is - if you want to kill yourself – don’t call the suicide hotline.

No, no... The real lesson: Suicide is a permanent solution to a temporary problem. 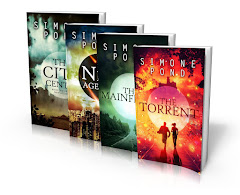 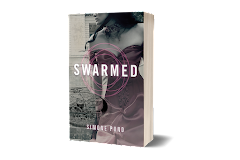